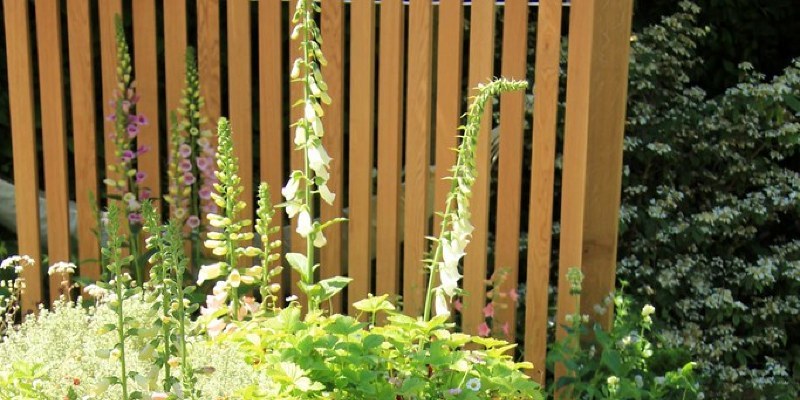 Vines serve many purposes in the landscape and are often valued for their ability to add grace and beauty to a fence. A vine-covered fence provides a degree of solitude for an outdoor space or breaks the monotony of a long, unsightly fence. Typically classified by their scaling habit, vines grow up a fence by clinging, twining or tendrils.

Clinging vines may require a little bit of help initially, as the vines climb by small rootlets that attach themselves to the timber. Once the vine is established, it rises a fence with no advice. Vines suitable for growing a fence comprise Armand’s clematis (Clematis armandii), a hardy perennial vine valued for its stunning blooms. Armand’s clematis, suitable for growing in U.S. Department of Agriculture zones 3 through 9, reaches heights of 15 to 20 feet at maturity. Cross vine (Bignonia capreolata) is a showy vine with trumpet-shaped blooms that appear in spring. Hardy to USDA zones 8 to 10, cross vine rises to lengths of 60 feet.

Provided with a sturdy support, twining vines have a tendency to scramble over a fence with very little aid, as each new shoot latches onto the nearest object. Twining vines include trumpet honeysuckle (Lonicera sempervirens). Trumpet honeysuckle, hardy to USDA zones 6 through 10, is an evergreen vine that rises to lengths of 10 to 20 feet. Showy trumpet-shaped flowers decorate the vine from throughout summer and spring. Japanese wisteria (Wisteria floribunda) is valued for its masses of purple, purple, pink or purple springtime blooms. Wisteria floribunda, hardy to USDA zones 5 through 10, reaches lengths of 30 to 50 feet.

Vines that climb by tendrils may require assistance initially since the short tendrils may wrap around one another instead of the fence. But some vines are more determined than others and need little help. Once the vine is instructed by tying it with a length of twine, the plant typically finds its own way. One case of a robust vine that grows by tendrils is Virginia creeper (Parthenocissus quinquefolia), that is hardy to USDA zones 5 through 10. Virginia creeper, suitable for USDA zones 5 through 10, is a fast vine with bronze leaves which mature to deep green in summer and burgundy in autumn. With later summer flowers of bright pink, Queen’s wreath, (Antigonon leptopus) is a vigorous, drought-tolerant vine suitable for growing in USDA zones 9 through 11.

Although vines vary in their growing requirements, most are vigorous plants which thrive with minimal care. As a general rule, vines need well-drained soil, and several thrive in partial shade or full sunlight. Most young vines benefit from pinching the hints, which drives the vine to division, creating a bushier, fuller plant. Regular pruning is critical for most vines after the first couple of years, as pruning retains the robust plants in growing out of control. Remove dead and damaged growth and trim the vine to the desired shape and length. More drastic pruning depends on the type of vine, as vines that blossom in spring are pruned immediately after flowering, while others are pruned before new growth emerges in spring.